Let’s be honest, if you get out of bed on the right side, Autumn can be a magical season. A lot of us can feel like this is the time of year to embrace the new, saying goodbye to what has been a long hot summer and considering where we want to take things as the nights draw in, and we buckle down for some colder weather and some more considered times. Good luck with your next steps – and we hope you find something that appeals taking place this month in Bethnal Green.

Join us for breakfast at St. Margaret’s House, & introduce yourselves to the LoveBethnalGreen network. On the morning, we will also hear from some impressive social businesses operating in the Bethnal Green area. We will be joined by the following social business leaders, who will be telling us about the challenges faced and the passion required to make social enterprise really work;

Get set for a proper proper night out at Bethnal Green’s favourite under the radar hedonist haven. This month, BOYZ bring you a retro boyband realness at their Drag King Club Nite. If that all sounds a bit much, then that’s the idea. BGWMC continues to support art and creativity from what for many are still the margins, and this evening of no holes barred entertainment promises to really hit the high notes. Get your tickets here. 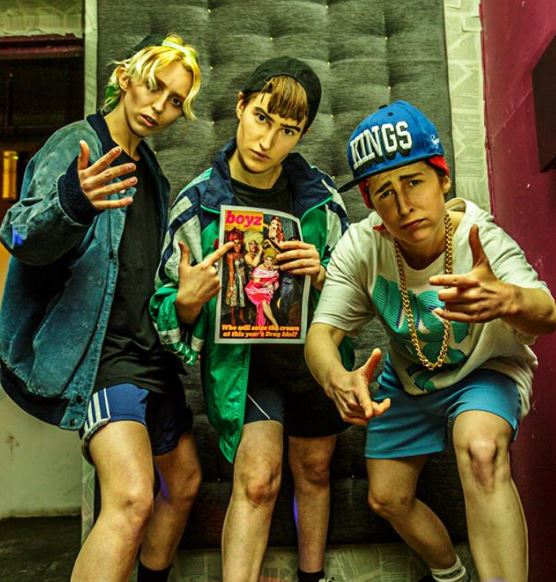 LoveBethnalGreen.com are disrupting Bethnal Green Road market on Saturday 13th October by giving some stalls to social businesses in the area. We want to hear from purposeful people in the area who are making great products, delivering great services or just doing great work.

So far we’ve got beatboxers, funders, self-love projects, pottery initiatives, an emissions reduction programme & some quality leather produce made entirely from offcuts. Come and join us on Saturday 13th, and learn about who’s delivering purposeful work in the area.

The Anglo-Somali Society is a not-for-profit international society whose
objective is to foster friendship and understanding between the Somali and English speaking
worlds, by developing cultural and social relations. This evening will feature
a discussion with Dr Joanna Lewis, Associate Professor in International History at LSE
who has specialised in the history of encounters between Britain and Africa since the
19th Century. Joanna is currently working on a research project funded by the Institute
of Global Affairs to investigate how refugees are forced to flee from conflict. She focuses on
how refugees survive the trauma of relocation, rebuilding new lives in London,
and then turn their attention to helping the homeland they have fled. This evening, she will
be talking about this in a lively discussion with the audience.

Keir Vine from Portico Quartet will be playing a special show, to celebrate the launch of his debut solo album, ‘Instance’ forthcoming on Trestle Records.

Support on the night will come from EQLS (Milo Fitzpatrick/Nick Siddall). This promises to be an intimate gig in the Chapel behind St Margaret’s House, with a maximum capacity of just 40. Just 20 or so tickets are available to purchase, so be quick if you’re keen.